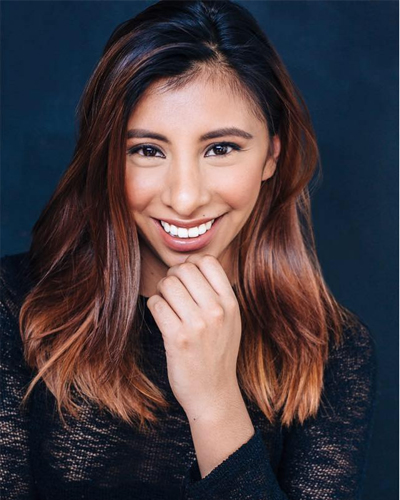 Karla Mera is a Peruvian/ American Artist, Writer and Entertainer. She was born in the Hudson Valley New York area where she spent a majority of her childhood.

She grew up in Washingtonville, NY and afterwards attended Suny Purchase College, known for it's focus in the arts. She attended school with Zoe Kravitz among many other influential students. Though she graduated with a BA in Art Management it wasn't until after college where she began a small career as a petite model while working as a personal assistant in NYC for celebrity personalities such as Mark Baker and David Blaine. This would inevitably launch her interest and career in entertainment.

Karla is a NYC based Model, Actress & Producer and is currently working on projects as a Food & Travel Personality.